At this stage, the STUN server comes into play: a computer from the local network sends a packet to the STUN server, which receives it and sends it back, “signing” the packet with the address and port number from which it received it. As soon as the computer receives the signed packet, it “learns” its external ip and gateway address and will be able to “communicate” with other resources on the Internet. According to a press release from Netscout, the new attacks exploit vulnerable systems running STUN services and allow attackers to launch UDP reflection / amplification attacks against their chosen target. Today, there are more than 75 thousand vulnerable servers on the network, the number of requests from which during an attack can be increased up to 3 times and direct the victim's IT infrastructure. The ubiquity of vulnerable STUN servers and the traffic amplification they achieve make STUN a challenge for any organization. IT security professionals make the following topical recommendations in this regard. 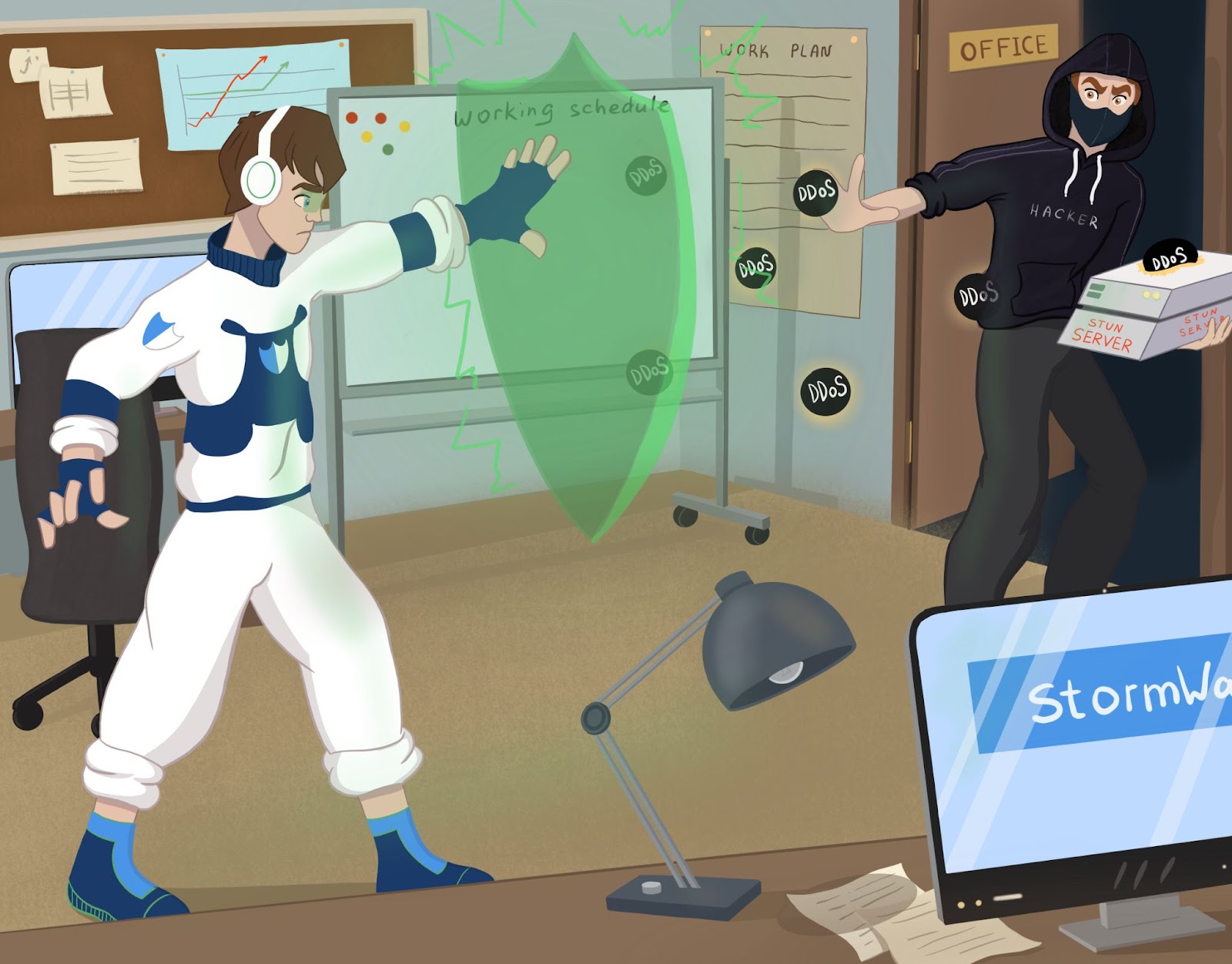 How to protect against DDoS based on STUN exploit?